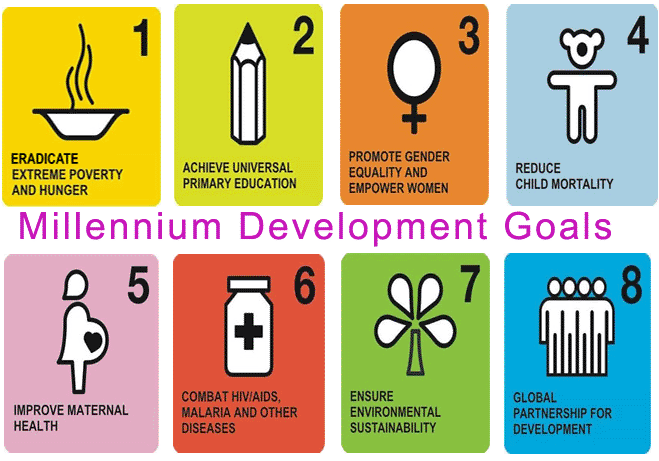 Latin America and the Caribbean continue to show impressive gains in many areas, although disparities exist between the sub-regions.

The Millennium Development Goals (MDGs) have produced the most successful anti-poverty movement in history and will serve as the jumping-off point for the new sustainable development agenda to be adopted this year, according to the final MDG report launched today by United Nations Secretary-General Ban Ki-moon.

The Millennium Development Goals Report 2015 found that the 15-year effort to achieve the eight aspirational goals set out in the Millennium Declaration in 2000 was largely successful across the globe, while acknowledging shortfalls that remain. The data and analysis presented in the report show that with targeted interventions, sound strategies, adequate resources and political will, even the poorest can make progress.

“Following profound and consistent gains, we now know that extreme poverty can be eradicated within one more generation”, said Ban Ki-moon. “The MDGs have greatly contributed to this progress and have taught us how governments, business and civil society can work together to achieve transformational breakthroughs”.

The MDG report confirms that goal-setting can lift millions of people out of poverty, empower women and girls, improve health and well-being, and provide vast new opportunities for better lives.

Only two short decades ago, nearly half of the developing world lived in extreme poverty. The number of people now living in extreme poverty has declined by more than half, falling from 1.9 billion in 1990 to 836 million in 2015.

The world has also witnessed dramatic improvement in gender equality in schooling since the MDGs, and gender parity in primary school has been achieved in the majority of countries.

More girls are now in school, and women have gained ground in parliamentary representation over the past 20 years in nearly 90 per cent of the 174 countries with data. The average proportion of women in parliament has nearly doubled during the same period. The rate of children dying before their fifth birthday has declined by more than half, dropping from 90 to 43 deaths per 1,000 live births since 1990. The maternal mortality ratio shows a decline of 45 per cent worldwide, with most of the reduction occurring since 2000.

Targeted investments in fighting diseases, such as HIV/AIDS and malaria, have brought unprecedented results. Over 6.2 million malaria deaths were averted between 2000 and 2015, while tuberculosis prevention, diagnosis and treatment interventions saved an estimated 37 million lives between 2000 and 2013.

Worldwide, 2.1 billion have gained access to improved sanitation and the proportion of people practicing open defecation has fallen almost by half since 1990. Official development assistance from developed countries saw an increase of 66 per cent in real terms from 2000 and 2014, reaching $135.2 billion.

The MDG Report 2015 finds that the region has the highest representation of women in parliaments (27 per cent in 2015) among all developing regions and an even higher than average share compared to developed regions. The proportion of seats held by women in single or lower houses of national parliament increased from 15 per cent in 2000 to 27 per cent in 2015, higher than the average share of 26 per cent in developed regions in 2015. Women in Latin America and the Caribbean participate in paid employment nearly as much as men, with women holding 45 out of every 100 wage-earning jobs in the non-agricultural sector in 2015, the highest among all developing regions.

The region has also reached the hunger reduction target. The proportion of undernourished people in the total population has decreased from 15 per cent in 1990–1992 to 6 per cent in 2014–2016. However, in 2014–2016, the prevalence of undernourishment in Latin America is estimated to be less than 5 per cent, while in the Caribbean it is 20 per cent.

Latin America and the Caribbean have made impressive strides in expanding access to primary education, with the adjusted net enrolment rate growing from 87 per cent in 1990 to 94 per cent in 2015. The region has also achieved parity in primary education between boys and girls.

The report highlighted that significant gains have been made for many of the MDG targets worldwide, but progress has been uneven across regions and countries, leaving significant gaps. Conflicts remain the biggest threat to human development, with fragile and conflict-affected countries typically experiencing the highest poverty rates.

Gender inequality persists in spite of more representation of women in parliament and more girls going to school. Women continue to face discrimination in access to work, economic assets and participation in private and public decision-making.

Despite enormous progress driven by the MDGs, about 800 million people still live in extreme poverty and suffer from hunger. Children from the poorest 20 per cent of households are more than twice as likely to be stunted as those from the wealthiest 20 per cent and are also four times as likely to be out of school. In countries affected by conflict, the proportion of out-of-school children increased from 30 per cent in 1999 to 36 per cent in 2012.

In the context of the environment, global emissions of carbon dioxide have increased over 50 per cent since 1990 and water scarcity now affects 40 per cent of people in the world and is projected to increase.

World leaders have called for an ambitious long-term sustainability agenda to succeed the MDGs. Building on the success and momentum of the MDGs, new global goals will break fresh ground with ambition on inequalities, economic growth, decent jobs, cities and human settlements, industrialization, energy, climate change, sustainable consumption and production, peace and justice.

“The emerging post-2015 development agenda, including the set of Sustainable Development Goals, strives to build on our successes and put all countries, together, firmly on track towards a more prosperous, sustainable and equitable world”, concluded Ban Ki-moon.

The Millennium Development Goals Report, an annual assessment of global and regional progress towards the Goals, reflects the most comprehensive, up-to-date data compiled by over 28 UN and international agencies. It is produced by the UN Department of Economic and Social Affairs.

A complete set of the data used to prepare the report is available at mdgs.un.org.